A friend of mine introduced me to Volbeat a few years ago and they quickly became a favourite of mine. Their music always makes me dance in my seat :)

How to waste time as an author

Fighting with your muse.

Didn't stop me from doing it thought. I've spent the last six months trying to convince my muse that we want to write what is popular at the moment. Every story I started I second guessed based on the genre or heat level. For a brief (really brief) moment I considered working on some YA. It was silly really thinking I could win a war with my muse. That pig headed kilted warrior I've got for a muse simply ignored me and watched reruns of the Sarah Conner Chronicles while gouging on junk food.....the jerk. 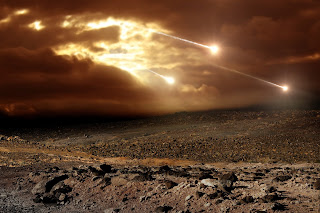 So I did what any other desperate author does. I gave in to what my brain wanted to write. It might now be the most popular but I'm really having fun with it.

Remember Damnation Alley? Yes, I know I'm dating myself with this one. It was one of my favourite movies. (Although, I watched it recently and don't remember it being to incredibly cheezie!)  Even as a teen I was a post-apocalyptic junkie and that hasn't changed much now that I'm in my 40's. I'm still fascinated by the survival of the human spirit and what would happen if everything we knew...changed.


Kennedy Layne has an awesome series that I'm addicted to. Her Surviving Ashes series takes place during the beginning of an apocalypse when the Yellowstone Caldera erupts. There are three books so far and the fourth is due out in September and I've loved them.

Jana Downs Deadzone series is another of my favourites. I think I've reread her three book series more than any other. There's love, lust and zombies....I know sounds awesome. right!

I realize I might be in the minority with my post-apocalyptic fan-girling which is why I've dragged by heels on finishing my own book. But, now that I've given up the fight...I'm having a lot of fun creating my own post-apocalyptic world. Yes, there might be a zombie or three....but that's not going to be the focus of the story, I do write romance after all. Can two people from warring cities find love in the middle of a wasteland. I sure hope so. <3

So tell me, do you read/enjoy post-apocalyptic books? I've mentioned a couple that I enjoy, do you have any suggestions for me? 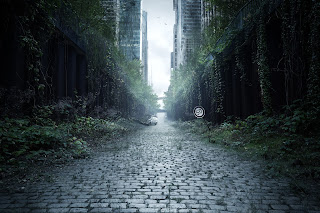 Do I really need to explain why I find this song/band so damn sexy? His voice could melt the clothes off anyone he wanted to seduce.

Have you taken a trip to the Black Hills?

The Matrons of the Tao Pack are on the hunt, seeking out unmated couples who would be a perfect match – even if they don’t know it yet.
Sander Burrows is a wolf with a broken spirit. Thirty-five years from home and pack, he made a life for himself amongst the humans. Tragedy and a sense of failure drive him home into the loving arms of his family.
Aurora ‘Rory’ Hanson hates Sander almost as much as she loves him. Humiliated at seventeen when he stood her up at the annual Spring Dance she has lived a life of relative solitude on the fringes of the pack.
When Sander catches sight and scent of Rory, feelings run hot. His wolf recognizes his mate and he’ll do just about anything to overcome Rory’s dislike of him. Even accept the assistance of four interfering busybodies.
The matrons want the old Spring Dance revived and what better way to ‘help’ two fated wolves to happiness than to force them to work together on the organizing committee.
Rory and Sander discover that finding love doesn’t get any easier even when you’re in your fifties.  Misunderstandings, old hurts and the sharp edge of Miss Kathy’s tongue must all be overcome if two old friends are to achieve true happiness.

Excerpt
Familiar aqua eyes peered up from beneath scowling brows as he studied the source of the alluring scent. Wild blonde curls snarled around her head, her curves emphasized by the simplicity of her clothing, a white T-shirt covered in dirt and boot-cut jeans. Tiny feet clad in practical sneakers added nothing to her five foot five height. A warm smile curled his lips as he recognized the little hellion beneath the womanly guise. “Hey, Rory, it’s great to see you again.”
The scowl didn’t soften in response to his greeting. If anything, it deepened as the small woman reared back as though struck. “I’ll see you later, Margie.” The words were a direct snub, and he moved away from Marjorie, blocking Rory’s path when she would have retreated.
“Hold up a minute, honey. I haven’t been back in town five minutes. What can I possibly have done to upset you?” The restraining hand Marjorie placed on his arm should have warned him, but the fragrance that was uniquely Rory, fried his brain. The irrational anger she projected at him added a sharper undertone to her sweetness and rocked him on his heels. Rory Hanson was all grown up and Sander’s wolf was very happy about it.
“What can you have possibly done to upset me? I see age hasn’t lessened your arrogance, honey.” The sarcasm dripping from her lips made him grin. Far from being deterred by it, Sander’s natural dominance rose to the challenge of her glare. He wanted to scoop the scruffy little woman up and turn her over his knee until all her anger melted into sweet compliance. He stepped closer, deliberately putting himself within her personal space, knowing she would feel the heat boiling off his skin. He wanted her to know his scent, yearn for it the way he suddenly yearned for hers. He wanted to rub all up against her until forest green and sweet fruit intermingled.

About the Author
Merryn Dexter is a military spouse who, after a varied employment career (from selling sandals to old ladies with bunions to being a health and safety coordinator for a construction company), is thrilled to be pursuing her dream career as a romance writer. She likes The Winchesters, Spike, Hotch, Loki and watching complicated European Noir. Her hobbies include crying at books, crying at movies, crying at tv serials (there’s a theme!) and believes all stories should have a Happy Ending.

There is something about this song that pulls my brain right into the middle of hot, naked, sweaty, sex. I don't know if it's a throwback to the latent highschool hormones that have survived all this time...because I LOVED this movie back then, and still. What about you? Any movie music that makes you want to dance between the sheets?
Posted by Kayleigh at 3:00 pm No comments: