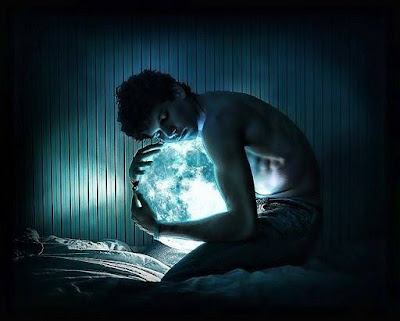 Vizzini said to go back to the beginning...

We're into the second month of this year and I finally feel like I've caught up from the holidays.
(Note to self: Don't try to blog every day in December...at least until after you're retired.)

But now that we're into 2018 and I look back over last year and I can say writing was a struggle. I managed to get 2 short stories finished. Both were MF to support Haunted Hearts which I re-released in September'16 I think focusing so hard on a genre that I'm not as excited about really hurt my creativity.

Which meant I had to ask myself what do I do next? My daughter was watching Princess Bride where the scene with my dear Inigo came on. He's lost the sword fight with the Dread Pirate Roberts, self doubt is eating him alive, he hasn't found the 6 fingered man and doesn't know what to do next. Pretty much exactly what I was feeling like.  (Except for the ability to sword fight and my father is alive and well but hell yes to the self doubt part.)

So there I was, lost, filled with self doubt, uncertain of whether I should keep writing or pack it all in.
When Hephaestos gave me a hard shove after Inigo's speech. A couple years ago, I got back the rights to the first two books I'd ever written. (as Corinne Davies)

They came out in 2009, Menage, MMF, and heavily influenced by Greek mythology. They're great stories but in desperate need of re-editing and updating. I've learned a lot after 25+ books and these two stories are filled with a lot of rookie mistakes and my writing voice has changed over the last decade.

Believing is Trusting had a small cliffhanger in the epilogue as there was supposed to be a 3rd book in the series, Believing is Loving. Before I had a chance to write it, I'd delved into the world of shapeshifters and started writing my Ecstasy Lake series. The 3rd Believing is book kept getting pushed back and back and eventually the characters stopped talking to me.

Sitting here working through Believing is Seeing, the characters are starting to talk to me again. Like long lost friends who I didn't realize how much I'd missed. I love the loving relationship between the characters in each menage...although Bacchus and Hazel have more of an open inviting relationship rather than a closed menage. We'll see how they feel about that by the time I get to the end of their book. I was never quite certain about their casual third when I ended their book.

Working on re-writing the first two books in the series...which, I'm finding, is more work than writing a book straight out. LoL But, I need to because it's been a long time since I walked in this world. And staring in March I'm going to be working on the 3rd book.

My plan is to bundle all three books in one when I release them. That way if someone has already read the first two, they aren't paying extra buying them again. I don't have an official release date on them yet but I'm aiming for before 2019 :)  My soft goal is to have print copies at Kalicon this October.

Posted by Kayleigh at 7:09 pm No comments: