I've back to working on my post-apocalyptic warrior book, it's so damn close to being finished, I need to focus and get the words down. My goal is to have it complete by the end of the month. Completely doable as long as I focus. Focus....must Focus.

My last SSS post on this book was from Titus's POV so this time I thought we'd look at the world through Ali'i :)

Ali’i Ku’ukaki scanned the sand covered expanse around him watching for any dangers that might be crawling along the desert floor. The undead hunted the living as if they could regain life by devouring the bodies that still held a spark of life. For the last two days, he and his men been following a trail of bodies, as if the creatures had been drawn to something but then cut down.
A large hoard had caught up to them earlier in the day and he and his seven fellow Kolo warriors had cut them down and placed their bodies back in the earth where they needed to be. They’d wanted to head back to the waters of their home but something kept driving him, curiosity or something in wind whispered for him to follow the trail.

Posted by Kayleigh at 3:02 pm No comments: 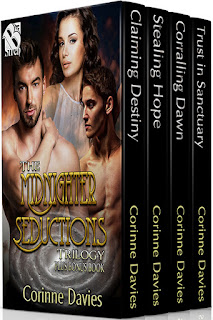